Did you know that the best time of day to tweet is actually NOT when most people send their tweets.  According to an article from MarketingProfs, the majority of tweets occur during business hours but people don’t click them until the wee hours of the morning.

Read the article below by Avaz Nani and let me know what your tweeting habits are. When are you on twitter?  Does this information make you want to change your twitter habits? Curious minds want to know.

The most popular times for tweeting are often not the best times for getting clicks and engagement, according to a recent report from Buffer.The report was based on an analysis of more than 4.8 million tweets sent by 10,000 Twitter accounts from around the world. The researchers looked at tweet volume, clicks, and engagement (favorites, replies, and retweets) in 10 time zones globally. The charts below show the averages in local time across all the time zones examined. To see how the results vary by country and region, check out the full report.Below, key findings from the analysis. Most Popular Tweet Times 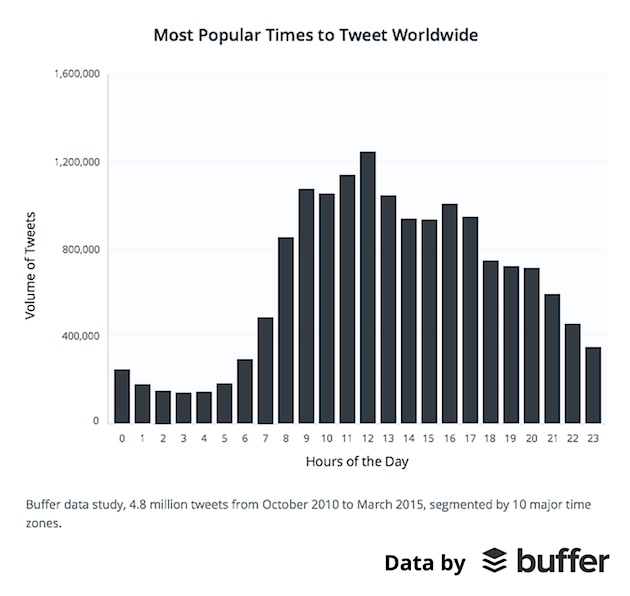 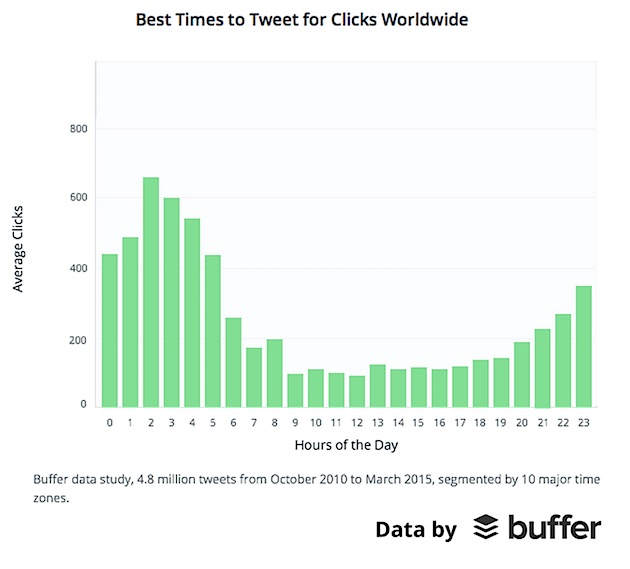